Measurements: No official measurements this month and since we don't own a scale, I really don't even have an estimate!  Hudson can still wear his 6 month clothes for the most part but also fits into some 9 and 12 month stuff.  It really just depends on the clothing brand.


Eats: We are trying to spread Hudson's feedings out some.  Up until now he has still been nursing (or bottles) every 3 hours but probably more out of habit than necessity.  He still nurses well although he is getting a tooth on the bottom so that makes this momma just a little bit nervous!  He eats solid foods twice a day- fruit in the morning and a vegetable and sometimes cereal at night.  We are sticking with either oat or wheat cereal.  He gobbles it up, I think it might be his favorite food.  We have tried lots of different things, basically anything we eat that can go through my food mill!  Some of the things he has tried have been bananas, apples, pears, mango, strawberries, tomato, avocado, sweet potato, squash, black beans, cauliflower, broccoli, green beans, peas, carrots, corn, and pickles!  I try to leave the food somewhat chunky so he doesn't have a texture issue when he's older.  I am not sure it will help but I really don't want a picky child so I'll try whatever I can!

Sleeps:  Little man takes 3-4 naps a day averaging between 30-45 minutes.  Rarely will he take a longer nap- really no change from last month.  He is sleeping pretty good at night- usually waking up once at some point.  We have pushed his bedtime back a little bit until about 8pm.  I love our bedtime routine- while I nurse Hudson, Chris reads to us.  We have so far read James and the Giant Peach, Danny Champion of the World, Matilda, and we are working on The BFG (can you tell we like Roald Dahl?).
Milestones: Hudson is on the move!  He crawls (well half crawl, half scoots) to wherever he wants to go.  He is pulling up on everything that he possibly can including his crib, he has even been brave enough to let go once or twice.  He also has a tooth!  It's on the bottom left.  It hasn't fully come in yet but I can feel it and boy is it sharp!  Hudson's personality is really starting to emerge and I know one thing already- little man is stubborn (I wonder where he gets that?)?  He will make quite a racket if he isn't getting what he wants.  At night, he does not like me to be out of his sight and will let me hear it if I try to do something without him.  The morning is really his best time- he's happy, rested, and perfectly content to play on his own.
Likes: Hudson loves to explore and especially likes anything that isn't a toy- the computer, our phones, cords, etc.  I have had to start childproofing because he is so fascinated with everything.  His favorite activity is to pull up on his playgym piano and play that way.  He has taken a tumble more than once but little man is tough- he only cries is someone around him reacts.  Hudson loves fruit, I have yet to find one that he won't eat.  He still loves to be held and is starting to have a bit of separation anxiety from me like I mentioned before.  Last week Hudson and I started swim lessons and he loves the water!  I am so glad because I really want him to learn to swim at a young age.
Dislikes:   Hudson still isn't loving the stroller when I try to run in our neighborhood.  But, when I take him somewhere different, like Tanglewood, he is happy as a clam.   He doesn't like to be rocked to sleep anymore during the day which makes me a little sad.  He will fight me tooth and nail if I try to rock him unless it's the middle of the night.  On rare occasions he will just give in and those moments are so precious to me.  A few days ago he fell asleep in my arms and I sat with him for 45 minutes instead of putting him in his crib because I know those moments don't come too often!
What a fun month it has been! Time is going so fast and I can't believe how much Hudson is changing every day. I don't think we could love him more if we tried!
(These photo shoots are getting tough because Hudson doesn't like sitting still!) 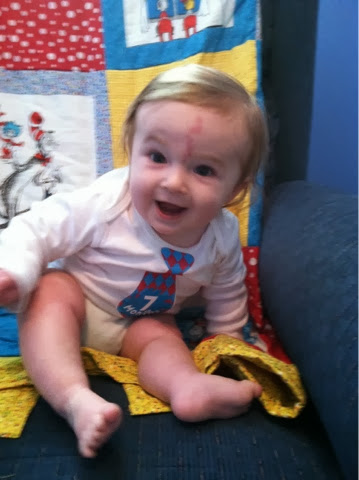 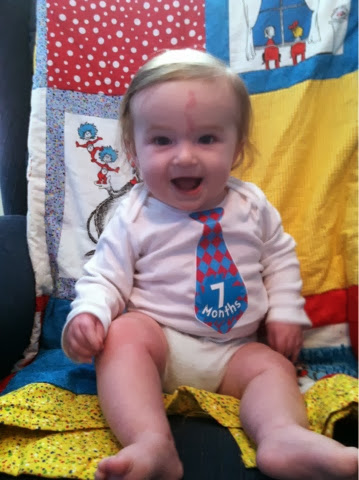 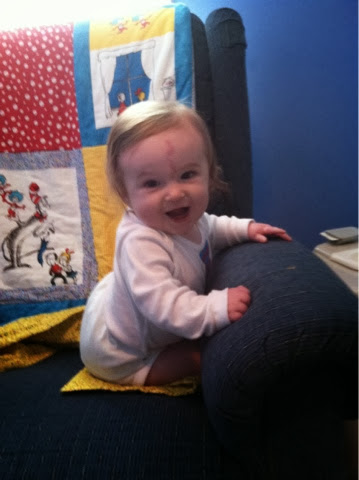 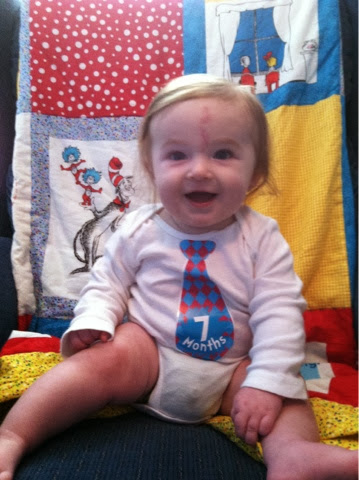 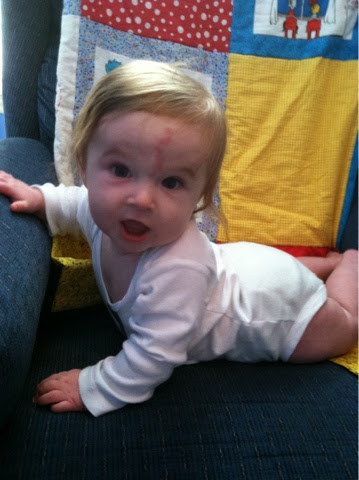 Posted by chrisandabbie at 10:09 AM No comments:

The cutest monster you ever did see

Happy first Halloween to our little monster who we love so very much!! 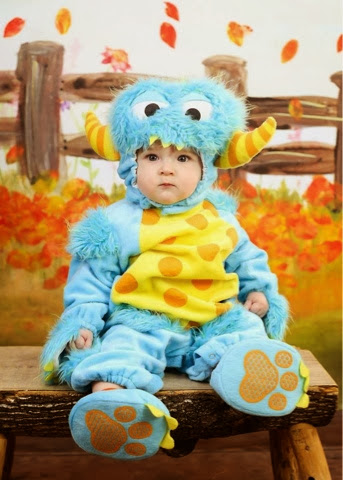 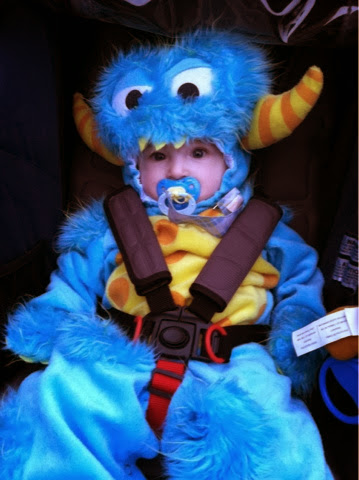 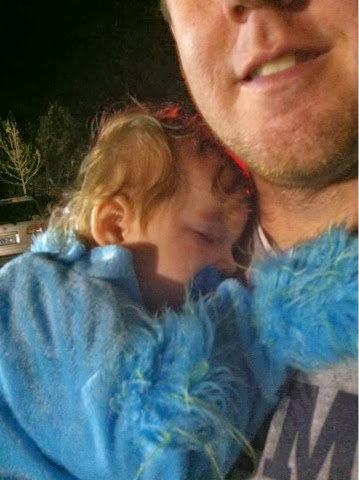 Posted by chrisandabbie at 4:27 AM No comments: