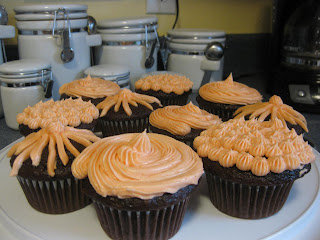 My new favorite weekend activity? You've probably figured it out by my latest blogs...baking! Here's what I made today: chocolate chip cookie dough cupcakes with orange (colored, not flavored) buttercream. Yes, you read that right, there's a chunk of cookie dough baked right into the chocolate cupcake. I wonder what I'll cook up next? Don't worry, I'm sure I'll blog about it :)
Posted by chrisandabbie at 12:11 PM 1 comment:

So my youngest sister in-law is turning 7 tomorrow (Sept 26th). Happy birthday Olivia! Here are some pictures from our celebration this weekend. She had a pandra bear themed sleepover party and then we took all the kiddos to a corn maze this morning.
The cake that Sandra and I made for the party 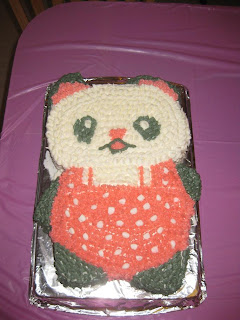 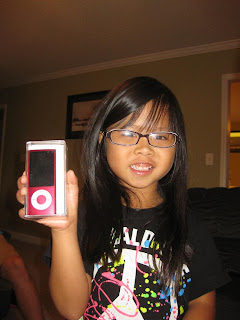 The girls at the cornmaze 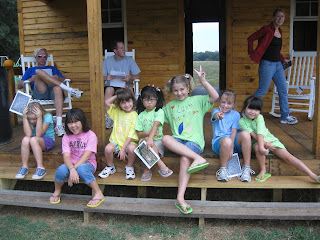 Posted by chrisandabbie at 1:57 PM No comments:

Do you ever think about them? I didn't...well, until I married a landscaper that is. Sometimes I'll comment on how green and "pretty" a yard looks and Chris will say, "but it's full of weeds!". Sometimes weeds are obvious but sometimes it's hard to tell what the difference is between pretty grass and weeds! Ok, so now it's fall and something else I've learned from Chris is that you can't fertilize a yard to make the grass grow until you kill the weeds. You've gotta get rid of the bad stuff before the good stuff can grow. So, I sound like I'm rambling but I promise I have a point in all this...

I have weeds in my life and I'd venture to say that you do too. Some of our weeds are obvious but some are so well camouflaged with our pretty little gardens of life that it's hard to tell the difference. I like to think that I have this pretty little life, a pretty little family, etc. My weed? PRIDE. I like things done my way and in my timing. Wow, I've been convicted lately. This weed has been growing for a long time. At times, I don't even notice it but when I look back on things I've said or done I realize that I live "in my own little world, population me" (yes, I'm quoting a Matthew West song). Thankfully, our Father is full of grace and He's the ultimate landscaper. I've had to do some hard things lately...given up control in several areas of my life. It's hard not to be in control...but what I've learned is that, by trying to take control, I was choking out the good things that Lord had planned for me. So, in this fall season I'm really working on choking out the weeds so that the grass can grow!

So tell me now...do you ever think about weeds? 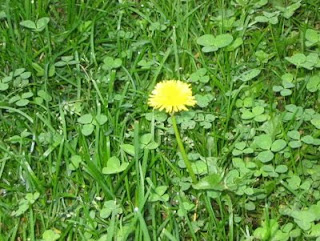 Posted by chrisandabbie at 6:13 AM No comments:

So, I made my first cake with fondant for my parent's 32nd wedding anniversary on September 2nd. It took me a couple days to make...the first day I made the cake and iced it, the second day I rolled the fondant and decorated the cake. Here are some pictures of all the fun!
Cake before frosting: 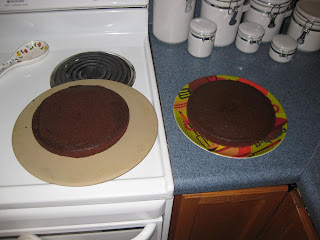 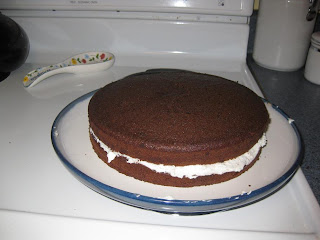 Covering the cake with the rolled out fondant: 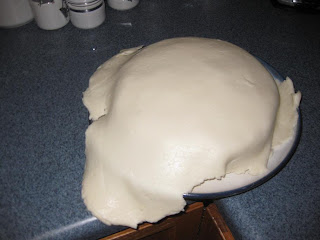 After it was smoothed out: 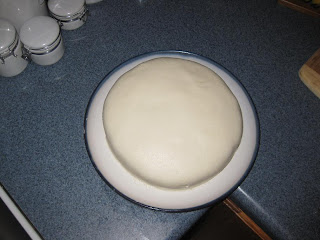 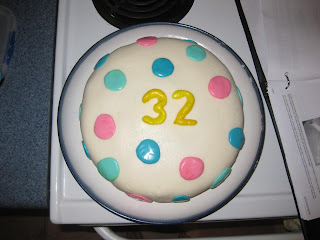 My parents loved it :) 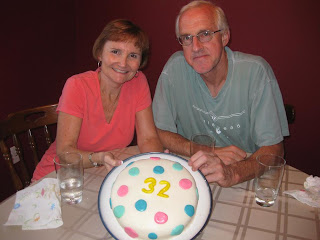 And it didn't taste half bad! 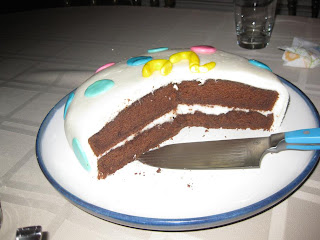 Posted by chrisandabbie at 6:06 PM No comments: