Well, I finally broke down and did it...my baby got his first haircut.  I really wanted to wait until his first birthday but poor boy couldn't see and really, it was just time.  But, it was sad to see all that hair go.  Yes, it was a hot mess most of the time but I loved it!  Thankfully, my husband's step sister Jenna does hair so she cut it for us. I'm not sure I would have been as ok with it if a non-family member was cutting it!  Hudson was a champ, thanks to the lollipop she gave him!  She still left it a bit shaggy in the back per my request.  My sweet boy looks like a little man now! 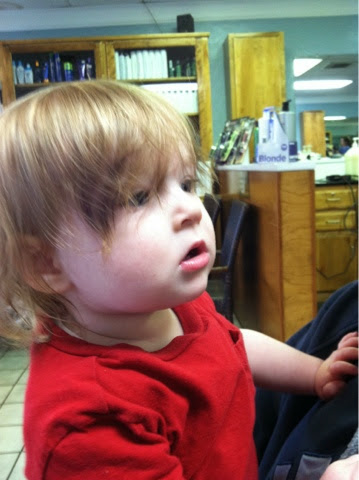 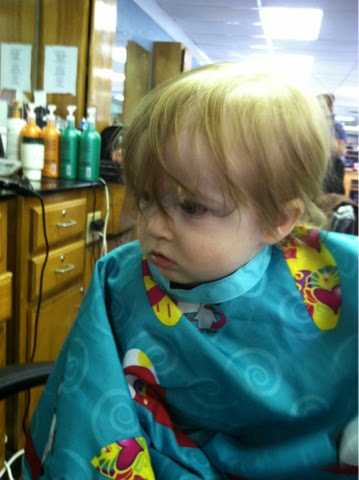 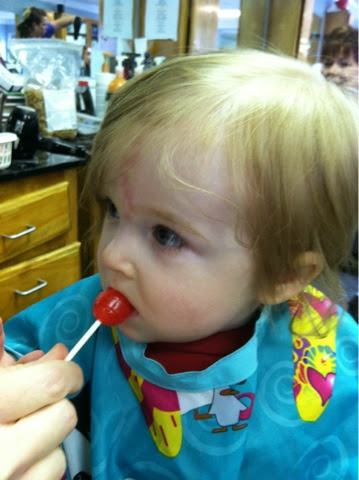 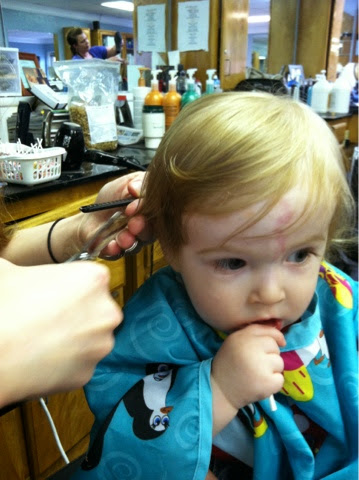 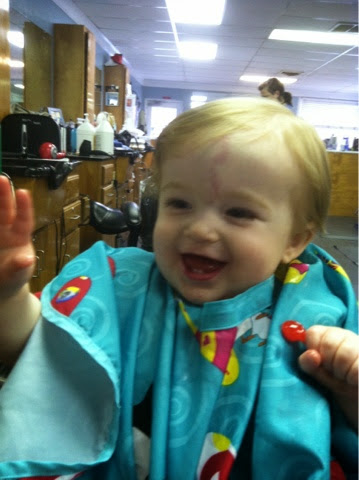 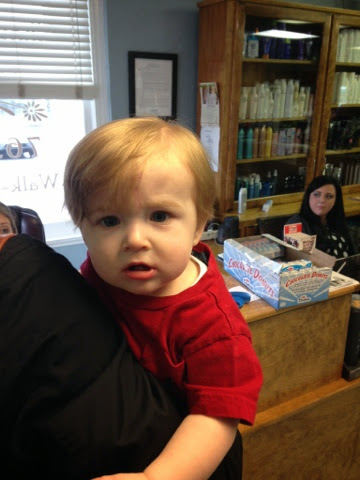 Posted by chrisandabbie at 4:51 PM No comments:

Measurements: No official measurements this month.  Hudson is in 12 month clothes although some 18 month are starting to fit!

Eats:  Hudson is only really interested in nursing now when he first wakes up and when he's tired.  So, he's generally nursing 4x a day- morning, evening, and both naps.  Sometimes he'll eat another time...it's hit or miss depending on what we are doing that day.  He will still eat any solid food I put in front of him.  Some favorites this month have been blueberries, kiwi, and any kind of cheese.  I always know when he's had enough because he will start throwing his food on the floor.

Sleeps:  Little man is still taking 2 naps a day, morning and afternoon.  The times aren't super consistent, I just put him down when I can tell he's tired.  They both average about 45 minutes.  Sometimes nap time is a fight these days.  He used to nurse to sleep for every nap.  Now he's not doing that and we are having to cry it out for naps.  He's sleeping 12 hours at night most nights.  We still have a night every now and then that he has a bad night.  Like right now, he's screaming in his crib because the dog woke him up barking and he's refusing to go back to sleep despite me rocking him for 30 minutes.  Ugh.

Milestones: No walking yet, he's just not interested.  He will occasionally stand for a few seconds and today he even took a small step without holding onto my hand but he just prefers to crawl.  He still only has 2 teeth!  I guess we are slow in the teeth department.  He has acted like he's teething lately but I can't feel anything.  Hudson says "mama", "dada", "hi", "no" (oops) and "bye-bye".  Sometimes I think he says "dog" but maybe I'm hearing things ;)  He loves to point at things and can point out different things like "daddy", "Bailey", and the picture of his cousin Ava on the wall.

Likes: Hudson loves to be tickled, tossed in the air, and "wrestled" with.  He sure is all boy.  His favorite toy right now is his Meg Blocs dump truck.  He likes to dump all the blocks out so Momma has to pick them back up.  He still loves to look at books, although he has a preference for the ones with the flaps you can lift because he likes to do it himself.  He loves being outside and is enjoying rides in the stroller more and more, probably because most days we stop at the park on our run.

Dislikes:  Hudson does not like to be told "no" and can throw a good little tantrum when you do tell him! He doesn't like his diaper changed or to get dressed...I feel like I have gotten a full workout after running after him to dress him!  He's still pretty easy going though which I'm thankful for!

How is it that my baby will be ONE next month??  It's so bittersweet.  I love watching him grow and learn new things but it's all going by too fast! 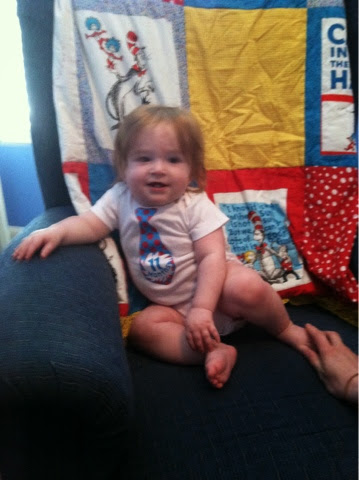 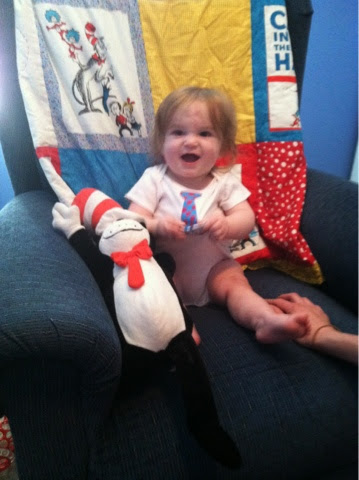 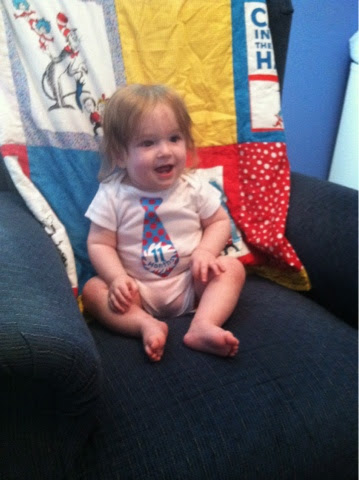 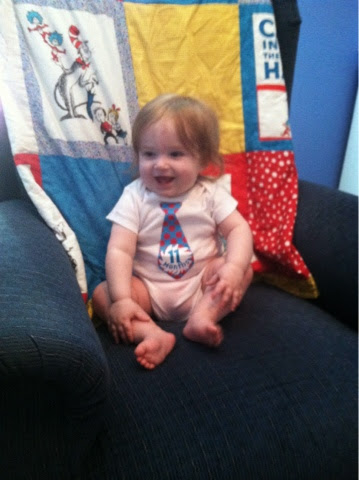 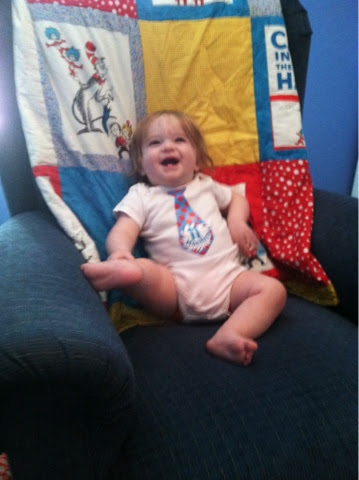 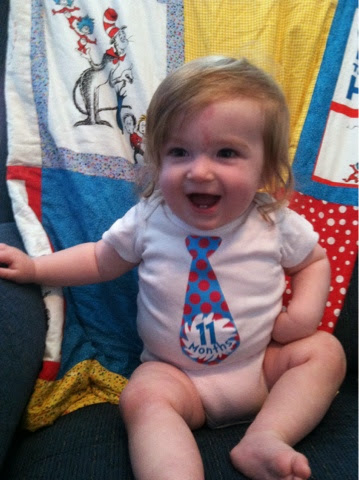 Posted by chrisandabbie at 5:37 PM No comments: