How is my baby already a half a year old?? The past 6 months have gone so fast. Weston continues to be such a joy.  He's about as laid back as they come which I hope continues!

Eats: No change in nursing...about every 3 hours or so.  But, we started some solids this month.  So far he has had avocado, banana, sweet potato, and oatmeal.  He has liked it all!

Sleeps: We are pretty much down to 2 naps a day unless he takes super short afternoon nap.  Then he will sometimes take an evening cat nap.  But, he generally naps around 9am and then again after lunch which thankfully happens to be the same time as Hudson! Most nights he still wakes once but last night he slept all night!  I'm hoping it continues but I'm thinking it's more likely only because he was so worn out from having his shots.  But we will see what tonight brings!

Milestones:  Weston is just about sitting up!  He does still topple over some but he's pretty steady.  He rolls everywhere but doesn't have any interest in trying to scoot crawl like Hudson was at this age.

Likes: Weston loves to sit and stand but isn't a fan on being laid on the floor.  He continues to love his big brother.  They have started to "play" together.  Hudson will do peek-a-boo and Weston just cracks up.  Since they face each other in the car, it's not uncommon to just hear them laughing back and forth.

Dislikes:  Weston is pretty easy going.  Obviously he has his fussy moments...when he's really tired or hungry.  But, for the most part he's super content!

Big brother update:  Hudson continues to love school.  Yesterday on the way out the door he said "I love school!  I get to see all my friends".  It makes me so happy that he loves it and is learning so much.  He amazes me at how smart he is and how much he picks up on.  He knows quite a few of his letters (not the sounds though).  He counts to 11 and then gets a little confused but we are working on it.  He has been able to spell Hudson forever but now we are working on our last name.  He loves to play outside and be active but he also loves to sit and watch cartoons.

And of course, a few pictures! 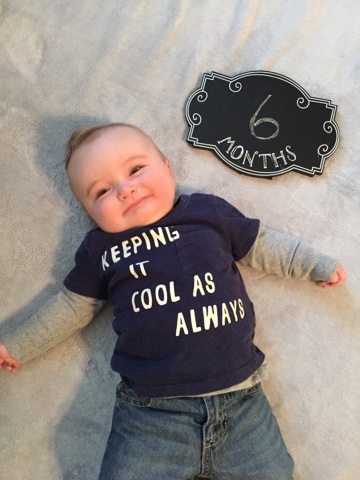 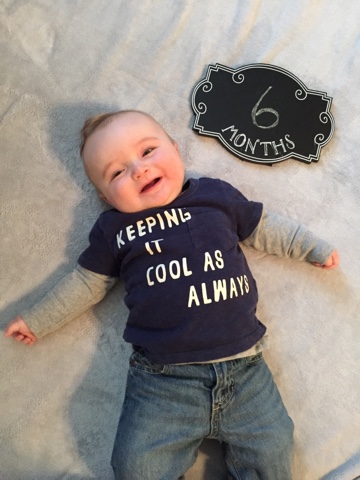 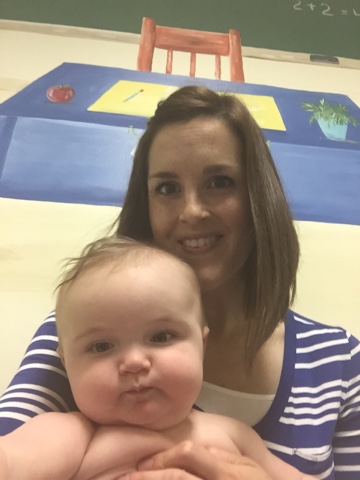 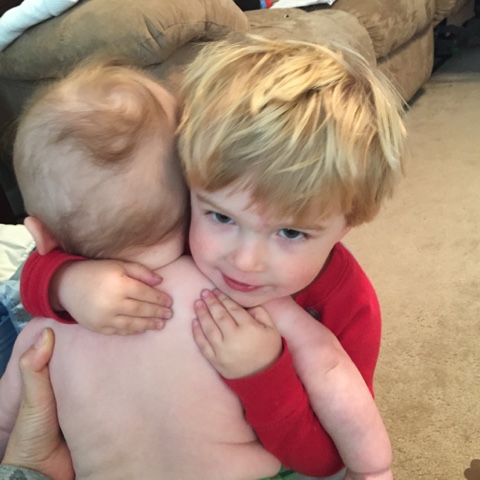 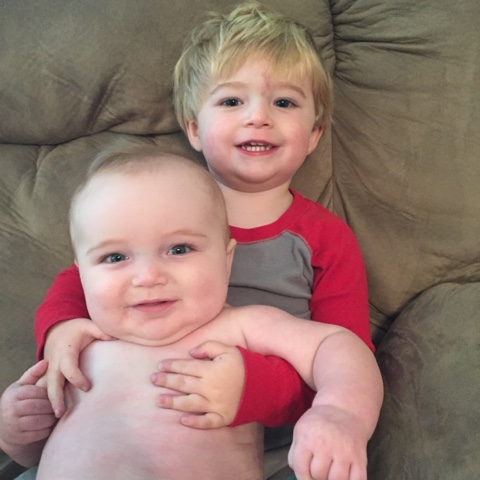 Posted by chrisandabbie at 5:25 PM No comments: